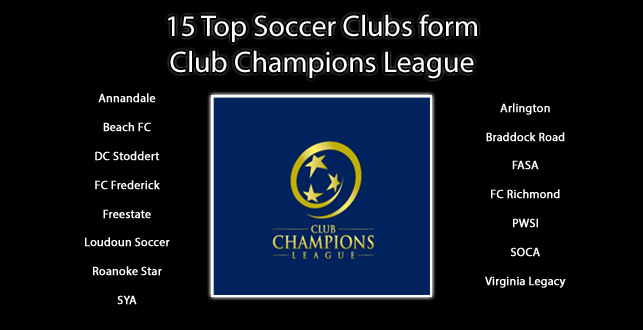 “The Club Champions League is the result of top soccer clubs creating an environment that puts the game and the player first,” says Dave Amsler, CCL President. “The league provides great competition for all the clubs. It also serves as a platform for club directors to cooperate, innovate, and make decisions for the good of the game and the growth of the sport. We are excited to begin league play this fall.”

The league’s unique Club-to-Club scheduling format creates an exciting game day environment for players and families and an opportunity for coaches and directors to engage in relevant player, team, and club development.

“At Beach FC we are thrilled to be part of the Club Champions League. The CCL model gives our players the opportunity to compete at the highest level and the flexibility to participate in other meaningful soccer experiences. We are also excited about the ongoing cooperation and discussions between the league’s directors to improve the game for our players and members. We cannot wait to get started this fall.”

For an announcement about the dissolution of the Virginia Club Champions League (VCCL) at the end of the Spring 2013 season click here.